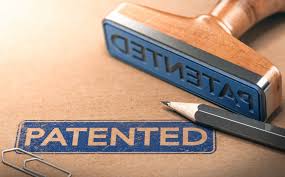 CAN IDEAS BE PATENTED?

What constitutes an idea? Any thought that is generated inside one’s mind intentionally or intentionally is called an idea. This usually results after much brainstorming and discussions. Almost every invention that has ever taken place in this world first started as just an idea. So it is safe to say that an idea is the root of an invention without which one may not know where to start from.

CAN MERE IDEAS GET PATENTED?

It is no doubt that idea is a very crucial first step toward any invention. Though ideas are a critical and valuable part of the overall equation of any invention, there is no effective way to patent an idea like any other form of intellectual property protection. Intellectual Property is the protection expression, creativity, inventions, etc. by law through patents, copyrights, GI tags (Geographical Indication) and trademarks. Ideas do not follow under this ambit of protection. The simple way to put it is that though ideas are important, they are not important enough to be protected by intellectual property rights.

For an idea to reach at a stage to be patented, it needs to reach to a point where its identifiable manifestation can be recognized and therefore eligible to be protected by the law. Unless there is a confidentiality agreement to restrict someone to not use or disclose an idea, the idea can be used and taken for free. This kind of confidentiality agreement is very hard to obtain if not completely impossible. Even, if an idea has an actual protection such as in the form of an issued patent or perceived protection where the patent application that defines the invention which if given more time will acquire the status of an actual patent is pending, the idea can be used without any kind of payment.

People who invent or aspire to invent something of their own should not lose hope. They should not give their idea in fear that their ideas might be stolen. It simply means that in order to secure their invention they should work more on their idea and bring it across the boundary from a territory of a mere idea to territory of an innovation. They should focus on achieving a stage where the idea is solid enough to be more than just an idea in the eyes of the law. It is true that ideas cannot be patented but inventions can.

One needs to understand that people come up with ideas all the time and most of those times they just say it and not go further with their ideas. An inventor goes farther with his/her ideas but even they also find themselves stuck in the idea phase. It is not easy to take an idea and transform it into an invention. If/and when that happens they should not just stay there and feel about themselves. This is not new. We are not talking about this one inventor who got stuck once. This happens to a lot of people if not all.

In many countries, you don’t actually have to present a model or prototype of your idea for the government to patent them. Even if they are able to simply describe the invention so that others who are more qualified and skillful to produce a physical if not otherwise manifestation, they are given patents. The start of getting your idea to get patented can be by proving it on paper. There are even some organizations that help budding inventors to make an identifiable manifestation of his/her idea. One of the leading reasons why people invent amongst other reasons like humanitarian reasons is for monetary benefits. And to profit from one’s idea they need to package present the idea to the authority so that the law can recognize it as something protectable.

In India, when one achieves the stage to get his/her invention patented, the inventor, his/her assignee or his/her legal representative if the inventor is deceased can apply for a patent in the head office of Indian Patent Office or any of its branch depending on the jurisdiction of the applicant.

The steps to apply for a patent are as follows:

It is true that ideas alone cannot be patented but this no something to get upset about. As mentioned earlier, ideas need to be presented at a stage and a way where law sees it as something worth securing. When moving from an idea to an invention to get a patent, the hard truth is the fact that no matter how carefully and perfectly you take your steps to achieve an invention you will find yourself stuck at a point in the idea phase. The first step to get back on tracks is momentum. The worst thing one can do is do nothing. It is not an easy thing to invent and the process includes hurdles. The important thing to remember is that you get your ball rolling.