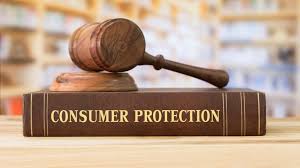 Consumer law encompasses all of regulations and statutes which seek to create a more equitable balance between buyers in the marketplace and prevent sellers from using unfair tactics. The consumer is any person who purchases goods or services that may be sold by producers, wholesalers, or retailers.

Both state and federal laws play a role in regulation of consumer law. Such laws vary from prohibiting misleading advertisement to enforcing public product safety controls to govern debt recover practices and protecting consumers’ identifying information. Consumers often find themselves in need of legal aid after an online scam, purchasing a car or other product without being told of hidden defects, or losing money in financial schemes, such as identity fraud or fraudulent payments of credit card charges.

Need for a Consumer Protection Law in India

The growing interdependence of the world economy and the global nature of many business practices have led to the establishment of consistence focus on protection and promotion of consumer rights. Consumers, clients and investors all over the world, are demanding value for money in the form of quality goods and improved facilities. Modern technological developments have undoubtedly had a major impact on the quality, availability and safety of goods and services. However the fact of life is that the consumers are still targets of unscrupulous and exploitative activites. Consumer manipulation takes a variety of forms, such as adulteration of food, counterfeit medicines, excessive prices, low quality, deficient services, misleading advertising, hazardous goods, black marketing and many more. In addition, with the revolution in information technology, newer types of challenges are being thrown at consumers, such as cybercrimes, plastic money etc., which have an even greater impact on consumers. ‘Consumer is sovereign’ and ‘customer is the ruler’ in the current scenario are nothing more than myths especially in the developing societies. However, it has been recognized and rightly so that the Consumer protection is a socio- economic policy to be followed both by the government and by the business community as consumers satisfaction is in the interest of both. In this context, however, the government has a primary duty to protect the interests and rights of consumers through effective policy measures, legal structure and administrative structures.

Consumers are involved in the marketplace by using a particular product. Had there been no customer, there would have been no business. Consumer status is more or less pitiful as far as consumer rights are concerned. You may take examples of shopkeepers that weigh less than they should, the company’ making false information on packs. Local sweetmeat vendors adulterate raw materials to produce the laddoos or barfis. There was a case of dropsy due to adulterated mustard oil. No matter how bad quality you get, if you dare to complain, you’ll probably a rude response from the shopkeeper.

Who is a consumer?

Section 2(d) of the CPA defines “consumer” as a person who:

From the above definition, it can be observed that:

It should be pointed out at the outset that anyone involved in the role of the movement of consumers must be well versed in the various laws and not only in the Consumer Protection Act, 1986. They should have knowledge of the laws relating to the Contract, Tort, Railways, Telegraphs, Telephones, Post, Air Travel, Insurance, Power, food, Housing, Motor Vehicles, Hotel Industry, Entertainment, Cooperative Societies, Tourism Agencies, Health care, Sales Tax, Central Excise, Limitation, and Transport etc. There are no restrictions to subjects that can be put before the Consumer Forum for the decision. In addition, laws relating to unfair market practices one should also be well versed. Take it as it may be. In India, numerous acts aimed at protecting the consumers from different types of exploitation have been enacted.

The Objectives of Consumer Protection Act, 1986 in India

The main objective of the Act is to provide for the creation of the Commission as follows:
· Avoiding activities having an detrimental impact on competition;
· Promote and sustain competition in markets;
· Defending the rights of consumers and
· Ensure the freedom of trade of other market participants in India

The primary focus of the Act is on the following areas:
· Prohibition of anti-competitive agreements;
· Prohibition against of dominant position;
· Regulation of combinations;
· Advocacy of competition policy.

Practices to be adopted by Business under the Consumer Protection Act

The efficient and effective system of Consumer Protection is of special interest to all of us because we all are consumers. Perhaps the supplier or service provider of a service is a consumer of any other goods or services. When both the producers/ providers and consumers understand the need for co-existence, adulterated products, counterfeit goods and other defects in services may become a thing of the past. The need of the hour is for total commitment to the cause of the consumer and social responsiveness to consumer needs. Nevertheless, this should be achieved, in a harmonious manner so that our society becomes a safer place for all of us to live in.