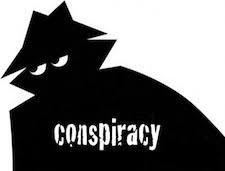 A conspiracy is hatched in secrecy and executed in darkness. Conspiracy can be defined as an act done with common intention by more than one person to commit an illegal act and taking steps towards the completion of the crime. It is generally referred to as an inchoate crime because it does not require that an illegal act actually must have completed. For example, a group of persons can be convicted to commit conspiracy to commit murder even if the actual murder does not happen. It is important to mention here that a person can be charged with both the conspiracy to commit a crime as well as the crime itself if the crime is completed.
In this article, we shall be discussing about the concept, legal provisions, judicial pronouncements and punishment of criminal conspiracy in thoroughly.

• There must be two or more persons.
• An agreement must be there.
• The agreement shall relate to either an illegal act or of an act which is not illegal by illegal means.
• If the agreement is to commit an offense than the agreement shall be considered a criminal conspiracy.
• In any other case, some OVERT ACT needs to be shown.

The essential ingredient of the offense of “criminal conspiracy” is the agreement to commit an offense. Mere proof of such an agreement is sufficient to establish criminal conspiracy.
Circumstances in a case, when taken together on their face value, should indicate the meeting of minds between the conspirators for the intended object of committing an illegal act or an act which is not illegal, committed by illegal means. A few bits here and a few bits thereon which prosecution relies on cannot be held to be adequate for connecting the accused with the commission of the crime of criminal conspiracy. It has to be shown that all means adopted and illegal acts did were in the furtherance of the object of a conspiracy hatched. circumstances relied upon to draw an inference should be prior in point of time than the actual commission of the offense in furtherance of the alleged conspiracy.
It may be noted that unity of intention and unity of purpose shall be present in the mind of a person to be charged under this section. While agreement here refers to a Prior meeting of minds of the conspirators.
Now a question arises as to what constitutes an illegal act. S.43 of the act defines the term Illegal as:
• Which is an offense.
• Which is prohibited by law.
• Which furnishes ground for civil action.

Persons required to commit an offense of conspiracy

In Topandass v. State of Bombay, it was held that “two or more persons must be parties to such an agreement and one person alone can never be held guilty of criminal conspiracy for the simple reason that one can not conspire oneself”.
Under the common law since husband and wife constitute one person there can not be a conspiracy to commit an offense. However, this state of the law does not apply to India. Since conspiracy requires two persons at least, where two or more named persons were charged and all of them were acquitted, the remaining accused can not be charged under section 120B IPC as he could not have conspired with himself.

The relevance of agreement in Criminal Conspiracy

The gist of the offense is the bare agreement and the association to break the law, whether any act is done in pursuance thereof by the conspirators or not. A criminal conspiracy may persist as long as the persons constituting it continues to act in furtherance of their objects.
The entire agreement must be read as a whole and it has to be ascertained as to what the conspirators intended to do. Each member doesn’t need to know each other or all the details of the conspiracy.
In the matter of assassination of the then prime minister Indira Gandhi, one of the actual killers and the conspirators were brought to trial while both the conspirators were away from the crime scene.

Prerequisite for criminal conspiracy to commit a Civil Wrong

In case of criminal conspiracy to commit a civil wrong, an overt act has to be done by the conspirators to fulfill the charge under section 120A of IPC. While it is not so in case of an offense.

Difference between Criminal Conspiracy and Abetment by Conspiracy.

Criminal Conspiracy is a crime which is punishable with death, life imprisonment, or rigorous imprisonment for a term of two years or upwards shall where no express provision is made in this code, be punished in the same manner as if he had abetted the offense.
In any other case, with imprisonment of either description for a term not exceeding six months or with fine or both.