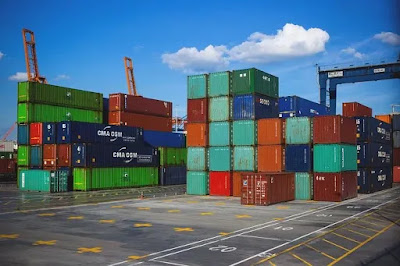 According to the World Trade Organization, global trade in 2015 reached to USD 16 trillion[1] and the share of logistics industry in this global trade is USD 4.3 trillion in 2018.[2] The international shipping industry is responsible for the carriage of around 90% of world trade.[3] There are over 50,000 merchant ships trading internationally, transporting every kind of cargo. The world fleet is registered in over 150 nations, and manned by over a million seafarers of virtually every nationality.[4]

Who Are Freight Forwarders?

However, the Freight forwarders may still be held liable. Generally, a freight forwarder assumes the role of an agent while entering into a contract with the shipper. Nevertheless, in certain cases they also act as the Principal Contractor. The Courts of Canada, Australia, New Zealand and India have held that the liability of a freight forwarder will depend on which role they assumed when agreeing to make the shipping arrangements. However, a careful factual analysis must be done by the courts while digging into the liability of the forwarder.

Freight transport services are supplied when a vehicle, ship or aircraft is provided together with a driver or crew for the carriage of goods.

Role Of A Freight Forwarder In Logistics Industry

The notable task for which a freight forwarder is known in the logistics industry is to arrange and coordinate between the multiple modes of transportation ranging from roadways to railways and ultimately the seaways or other sub-carriers, for the goods beginning from the pick-up place to the delivery location.  A freight forwarder makes the whole task of transportation easy and more viable due to the experience and regular interaction with other jurisdictions making forwarder familiar with the laws of other countries or specific requirements of the country with respect to the freight forwarding. Besides, an experienced freight forwarder may contact less expensive mode of transportation and might be aware of information concerning the credibility of the different carriers.

A freight forwarders services are not limited to providing transportation only but may be extended to other areas such as:
– Providing packaging and labeling specifications and advising on the same;
-Advising on insurance of the goods to the shipper;
– Providing warehouse facilities; and
– Arranging for other modes of transportation the event of failure of one.

A freight forwarder typically acts as an agent to the shipper or in other words performs the role of an intermediary between the owner of the goods and the different carriers. However, there are cases where the forwarder also assumes the role of the principal contractor such as where the forwarder has its own means of transportation. Hence, a freight forwarder assumes the role depending upon the various situations in the particular transaction. This assumption of the role by the forwarder becomes important due to the fa
ct the role defines the rights and liabilities of the individual parties involved in the transaction.

The threshold for escaping the liability whenever there is a loss is very high in case of principal forwarder. The quantum of liability was explained in the case of Melnick in Nabob Food Ltd. v. Harry W. Hamacher Spediteur GmbH &Co:
A freight forwarder who acts as a principal or freight forwarder contractor is, like a common   carrier, responsible for the goods he ships.  He is in effect an insurer of the goods, quite apart from any negligence on his part.  This is a very onerous standard. …[8]
READ  The energy underdog- Bioenergy
Although the duties of a freight forwarder’s does not differ substantially in cases of acting as an agent or principal, however, the liability and legal ramifications may differ considerably for the parties.

How To Determine Role Of The Freight Forwarder

There are no firm principles in deciding if a freight forwarder is going about as agent or principal. The Courts worldwide have recognized the fact that the determination rests entirely on the facts of each case and thorough examination of the contract and other situations surroundi
ng the facts. Nonetheless, the courts have also laid down certain factors which may be considered while determining the capacity of the freight forwarder, which incorporates however are not restricted to:
These elements only offer the Courts some broad rules in the appraisal of the question of the determination of the capacity of the forwarder and no single factor could be considered as determiner of the question.

The Indian Courts, particularly, Delhi High Court in the case of Vipin Kumar Jain vs. M/S Freight Lines India Pvt. Ltd. observed the characteristics of a freight forwarding agent and opined that it could prove handy while determining the capacity of the forwarder. The Court in the paragraph 26 observed that
“A forwarding agent is one who carries on the business of arranging for the carriage of goods for other people; his task is to arrange carriage rather than to affect it. A forwarding agent is not, in general, a carrier. He does not ordinarily obtain possession of the goods and he does not ordinarily undertake the delivery of them at their destination. In normal circumstances his function is merely to act as agent for the goods owner to make arrangements with those contractors who do carry (such as ship owners, road haulers, railway authorities and air carriers) and to make whatever arrangements are necessary for the intermediate steps between the ship and the rail, the customs or anything else.”[10]

The importance of the determination of the capacity of the freight forwarder as an agent or as principal comes to the fore whenever the good gets lost or damaged in the transportation or where the amount against the services is not been paid. This exercise of characterization sometimes proves handy while outlining the liabilities of sub-carriers too.

Damage or Loss To Freight During Transportation

As for the damage to the goods, the shipper’s cure lies in the very legally binding contract between the parties. Notwithstanding whether the freight forwarder went ahead as principal or as an agent, the sub-carrier is often held liable to pay for the damages since it had the ownership of the cargo when the loss occurred. The circumstance turns out to be somewhat increasingly confounded where the sub-carrier:
1. Lacks insurance;
2. Has inadequate insurance; or
3. Has gone bankrupt.

The need to characterize the role of the forwarder is highlighted in the case of Bertex Fashions Inc. v. Cargonaut Canada. This Canadian Federal Court judgment is still considered as the most pertinent ruling on the importance of determining the capacity of the forwarder. The brief facts of the case are- the plaintiff, Bertex Fashions Inc. imported blazers from a manufacturer in Bulgaria. The plaintiff made arrangements with the defendant, a freight forwarder, to transport the goods to Quebec.  The defendant issued a bill of lading to the plaintiff.  The defendant then engaged the services of road and ocean carriers to perform the carriage without the plaintiff being privy to those contractual arrangements.  Upon arrival in Quebec, the plaintiff discovered that many of the blazers were either missing or damaged and the plaintiff commenced an action against the defendant.[11]

The Court had to decide whether, Cargonaut Canada Inc., the defendant acted as agent for the plaintiff or as principal contractor.

After a careful consideration of the agreement between the parties and other surrounding factors, the Court concluded that the defendant had acted in the capacity of a carrier or principal contractor and hence liable for the loss of the goods to the plaintiff. The facts which led the Court to reach on above mentioned conclusion are following:
READ  MARITAL RAPE: STILL NOT A CRIME

Misappropriation of Carrier Freight By The Forwarder

The Canadian Court in the case of C.P. Ships v. Les Industries Lyon Corduroys Ltée[13], put the frequently occurring issue of non-payment of freight charges and onus of payment- whether on shipper or forwarder, to rest by laying down certain conditions.

The court held that that the debtor/shipper must pay the creditor/carrier his freight charges unless the shipper establishes either:[14]
In light of this test, where the freight forwarder is working in the capacity of an agent, the shipper remains legally or contractually liable to pay for the sub-carriers cargo, notwithstanding any previous arrangement between the forwarder and the shipper.

The four above- mentioned exceptions from C.P. Ships come into picture only when the freight forwarder has acted in the capacity of the principal. This is on the grounds that there happens to be no contract between the shipper and the sub-carrier.

Limitation Of Liability For Carriers

Contingent upon how a freight forwarder is characterized, a sub-carrier might be able to evade the liability by relying on the contractual arrangements between the forwarder and the shipper in case of loss of or harm to freight, or postponement in its conveyance. These assurances emerge as a “Himalaya” clause found in the forwarder’s legally binding documents, regardless of whether mentioned in the bill of lading or not.

In short, a Himalaya clause safeguards the sub-carrier from the liability by extending the advantages of carrier’s contractual limitations to them or other outsiders hired by the carrier to aid in the transportation of goods. However, the courts have always been diffident in enforcing this clause due to third parties not being parties to the original agreement or lack of privity between the third party or sub-carriers and the shipper.

The turning point for the enforcement of this ouster clause came in year 1974 in the leading case of New Zealand Shipping Co. v. A.M. Satterthwaite & Co[15] decided by the Judicial Committee of the Privy Council. Brief facts of the case are, a contract for the carriage of a machine by ship to New Zealand provided that the owners of the goods could not sue the carriers or stevedores unless any claim was brought within one year of the action giving rise to the cause of action. The stevedores were independent contractors who were engaged to load and unload the ship by the ship owner. A stevedore damaged the machine whilst unloading it. The owner of the machine brought an action against the stevedore after the limitation period specified in the contract. The stevedore sought to rely upon the clause in order to escape liability. The owner of the machine argued that the stevedores could not rely on the clause as they were not privy to the contract and had not provided them with any consideration.[16]

Exporters, importers and other companies often require efficient, safe and cost-effective transportation of their merchandise. However, most of them do not have access to private shipping arrangements, and have to hire freight forwarding services. The freight forwarding industry provides companies with a quicker and easier solution to the shipping process. Freight forwarders handle everything related to the shipping of your goods; they thus act as intermediaries between your firm and the transport company.[18] Therefore, the capacity in which the freight forwarder act becomes important and cannot be overlooked. A pre-determined capacity aids the process of the transportation and also helps the shipper to manage the legal affairs between the various parties involved in the process.