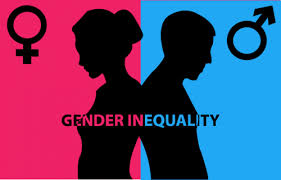 Gender disparity is involved with the two separate sex in this world who are unfairly handled which influences the individual’s lifestyle and the diversity made are not from biology but additionally from psychology and social standards that eventually enable one group from the other.

The purpose is that gender disparity survives only in the state of women yet this is also covered by men in this contemporary era. Thus, in the manner of events of gender imbalance men are also in the very race. Rape, sexual attack, or psychic harassment is not only in the state of women but additionally with men. Gender bias sufferers mostly undergo harassment which directs them to depression and the additional members of the society nearly connected like their family, friends, and so on also experiences. India is renowned for its wide diversity of religions which is often founded from some of the other holy books but none of them has ever distinguished among the gender. Nevertheless, in the Quran, it is cited that men and women are the member of the same race. The humans make a broad bridge among the sexes.

CONSTITUTIONAL Prerequisites FOR SAFEGUARDING THE RIGHTS OF WOMEN

Article 14 of the Indian Constitution. The previous states that all are similar in the eyes of law and the following states that laws are similar for all. Article 14 of the Constitution guarantees equal security and therefore inflicts a positive responsibility on the State to guarantee equal security of laws by drawing in significant social and economic developments so that everyone including the transgender may also experience similar security of laws and nobody is dismissed from such security.

Article 14 does not define the term “person” and its applicability only to male or female. The phrase is gender-neutral and applies to human beings.Prejudice on the areas of sexual introduction or gender identification, hence, diminishes equality before the legislation and equal security of the law and infringes Article 14 of the Indian Constitution. The principal objective of using this article is to state that if the constitution is observing everyone in just eyes then why we the people are prejudging it just based on this living differentiation which has no period also

There is a remarkable case of Anuj Garg v. Hotel Association of India (Appeal (civil) 5657 of 2007)in which Section 30 of Punjab Excise Act,1914 was disputed because the law was preventing the employment of women in pubs and hotels which is ultra vires of Article 14 of the Constitution of India. SC judged that such limitation infringes Article 14 because it is merely a difference preferably the State must build a summary of security for women to encourage them to fulfil their work smoothly and such uneven results of sex distinctions should be rejected.

Article 15(1) Article 15 is simply the usual utilization of the principle embraced in Article 14. If any legislation which segregates on the above-stated areas will be held as void. Article 15 (3) is one of the limitations placed down in clause 1. It states that nothing in Article 15 shall restrict the State from getting any specific prerequisite for women and kids. Article 15(3) is particularly enlisted for allowing the State to create specific outlines for them. Under Article 42 women workers can be provided specific motherhood relief and a law to this result won’t violate Article 15(1). Furthermore, Article 15(1) grants limitation of seats for women in educational organizations.

Articles 15 and 16 prevent differentiation based on sex understanding that sex differentiation is a custom from early eras. The Constitution-makers highlighted the fundamental freedom upon sex discrimination to limit the direct or indirect nature of handling characters adversely based on gender. The distinction on the ground of sex below Article 15 and 16 is on the ground of gender identity.

Articles 15 and 16 prevent differentiation based on sex knowing that sex differentiation is a custom from early eras. The Constitution-makers highlighted the fundamental freedom against sex prejudice to restrict the direct or indirect nature of managing people adversely based on gender. The distinction in the area of sex under Article 15 and 16 is on the area of gender status.

Article 16 guarantees upon the distinction is restricted to employment and engagement under the State. Article 16 (1) , Article 16 (2) states that, “No citizen shall on the areas only of religion, race, caste, sex, relationship, place of delivery, house or any of them, be inappropriate for, or distinguished upon in regard of, any employment or service under the State.” Clauses 1 and 2 of Article 16 lay below the usual course of equity of chance or job under the State In Air India v. NargeshMeerza, the applicant questioned the legality of laws under which the Air Hostesses will be separated at the age of 35 years and can’t marry till four years of their career or fertility.

The court announced it as violative of Article 14, 15, and 16 of the Constitution and revoked these laws. In Randhir Singh v Union of India, it has continued endured that fair pay for comparable work although not expressly stated to be a fundamental right is a constitutional purpose under Article 14,16 and 39(d) of the Constitution and can be implemented by the courts in matters of unbalanced systems of payment based on unreasonable distribution.

Article 19 (1) particularly grants freedom of speech and definition. This is also suitable for all. This can be particularly exercised by the women to express their difficulties and the constitution is ever inclined to assist them out. Article 16 (1) and (2) is granting the employment possibilities and Article 19 (g) is granting the freedom to function any profession or to take on any profession, trade, or business of own decision.

Article 21 states that no person shall be denied of his life and individual liberty without according to method authorized by law. This article can also be practiced by women if their freedom is violated. Every person has the freedom to live their private life in their system and circumstances and no one has the power to regulate it. Article 21-A is included in the Constitution by the eighty-sixth Revision Act,2002 as a basic right which is right to education. It is an essential article for all children and particularly females because our community is managing inappropriately just because of a deficiency of education. Education is the principal solution to victory so that must be a fundamental freedom also. The most prerequisite in our constitution is Article 32 which provides the capability to all to go to the court if their fundamental freedoms are embarrassed.

The fundamental freedoms were consecrated for the improvement, progress, and security of the people only. Women are also breathing in this same community and they have similar powers as men. It’s high point and study to strive for their self at least not anyone other. Constitution gave us status so we should also admit that and use it. This will firstly begin when each woman gets trained which is also presented in the ordinance. This cultural stigma of gender bias will disappear when this issue won’t be a subject of debate anymore. The time when we can see that these investigations are over that will be announced as the day of gender impartiality.

Everyone speaks about women empowerment, their preferences, education, laws made for them to take a view for themselves then the issue of prestige begins, “what the community will think?” we are being trained and then said to be reserved. This grows another most prominent difficulty for this cultural disgrace of gender bias to endure for so extended time. It’s time to move forward and imagine bigger rather to adhere individually with the past and unsocial customs.