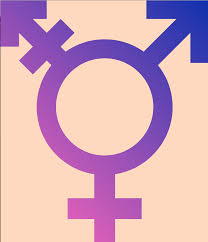 According to Section 375 of the Indian Penal Code, a man is said to commit rape who has sexual intercourse with a woman under certain circumstances as mentioned below:

There is a slight exception to the aforementioned statement. If a woman is married to another man and her husband indulges in sexual intercourse provided that she is not below the age of fifteen then that does not constitute an offence of rape.

LOOPHOLES UNDER THIS SECTION

This section of the Indian Penal Code clearly states that only a man can rape a woman. There are many loopholes to the statement. Firstly, this statement does not works vice versa. This means that a woman cannot rape a man. There is no law which takes under consideration if a man gets raped. The law is discriminating and assuming that men are too privileged to get raped. There are many instances that can been seen in articles, newspapers, etc. which show that a man gets raped by a woman and the woman is not charged with an offence of rape. What can be actually done?

There is no law which states that a woman can also be charged of rape. Now, this is not the case for children. If a child regardless of his/her gender gets raped then he/she has a resort to fight back and seek justice. Children of both the sexes are covered by the Protection of Children from Sexual Offences Act 2012. Is law so ignorant that it cannot fathom the concept of a man being raped by a woman? Do these boys after growing up gain some kind of privilege that protects them from getting raped? The answer is no.

For ages, women have been fighting for their rights. Rights as basic as the right to vote but surely this is not a kind of privilege that women are seeking. As per current Indian laws, there is no room for adult male victims or adult female offenders. We need to understand that there is enough social stigma attached to men getting raped so much so that they don’t even speak out and the cherry on the top is our laws. The laws that won’t even consider their case even if they get the courage to voice their grievances.

After the heinous crimes that took place in Nirbhaya’s gang rape, big changes were made to make the offence of rape more stringent. Many male rape victims started to speak out. Therefore, in 2013 Criminal Law (Amendment) Ordinance was passed by the Center. Through this ordinance, the word “rape” was substituted by “sexual assault”. This was also the very first time that the crime was made gender neutral. This means that it the law now recognized male victims and female perpetrators.

However, the law still did not use the word rape which was an essential part. Some argue that the idea of being only female victims and male perpetrators comes from the deep-rooted patriarchy and male power and privilege. Though it is true that lust plays a role in constituting a crime of rape but this offence is certainly not exclusively patriarchal.

As earlier discussed, many a times men don’t report rape. Society plays a great role in engraving inside the inhabitants that there is no such thing as men getting raped. There is no doubt that there are consequences to when a woman raises her voice against rape. As society works, the female victim is put through loads and heaps of humiliation and shame. Victim blaming is not new to society. Similarly there are consequences to when men raise their voice against rape. They are thought to be homosexuals or seen as an effeminate men.

While the pain and shame faced by women cannot be experienced by men the same can be applied vice versa. No one is great enough or competent enough to determine whose pain is greater. What actually can be done is taking under consideration if someone regardless of his/her gender raises his/her voice to speak out against rape. We cannot prosecute the perpetrator by measuring the similarity of effect but we can by measuring the similarity of crime.

Secondly, this section does not consider same sex rapes and sexual offences. If a man can rape or sexually assault a woman and a woman can rape or sexually assault a man, what bars someone from doing the same to his/her own gender? There are instances where an adult male raped another man or an adult female who raped another female. Thirdly, there are also instances where trans-people get raped. Our law doesn’t even considers their case. They outright deny their problem claiming that something like this can never exist.

Rape should be made a gender neutral crime so that people regardless of their gender can file a case which will give the perpetrators the punishment they deserve. It is not being said that different genders suffer rape in equal proportions. No one can compare rape. It is also not being said that one gender rapes another in equal numbers. What is actually being said is that there is a need for an offence like rape to be made gender neutral as such kind of an offence is not exclusive to only one gender.

1 thought on “Men’s Exclusion in Rape Laws of India”