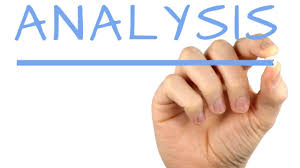 FACTS OF THE CASE

CONTENTION OF THE APPELLANT

The company and the employees argued that since the parties have arrived at a settlement which is binding under Section 18(1) of Industrial Dispute Act, the Govt. should not publish the award u/s 17(1) which is in an imposing nature on the party. The settlement which the parties have arrived at should be respected and industrial peace be maintained. The Govt. of A.P. on the other hand argued that Section 17(1) of Industrial Dispute Act makes it mandatory for the Govt. to publish the award within 30 days after receipt of award.

Whether section 17 was mandatory or directory or was it possible for the government to stop the publication of award?

DECISION OF THE SUPREME COURT

K.N. Wanchoo J. held that though section 17(1) is mandatory and the government is bound to publish the award received by it from an Industrial Tribunal the situation arising in a case like the present one is of an exceptional nature and requires reconciliation between section 18(1) and section 18(3), and the only way to reconcile the two provisions is to withhold the publication of the award as a binding settlement has already come into force.

The appeal was allowed and the government was directed not to publish the award, in view of the binding settlement under 18(1) of Industrial Disputes Act.

ANALYSIS OF THE JUDGEMENT

Section 17- Publication of reports and awards-

(1) every court with any minute of dissent recorded there within, every arbitration award and every award of a labour court, Tribunal or National tribunal shall, within a period of 30 days from the date of its receipt shall be published by the appropriate Government.

Secondly, it says that the award published under sub-section (1) shall be final and shall not be called in question by any court.

Section 18- Persons on whom settlements and awards are binding-

(1) A settlement arrived at by agreement between the employer and workman otherwise than in the course of conciliation proceeding shall be binding on the parties to the agreement.

(2) Subject to the provisions of sub-section (3), an arbitration award] which has become enforceable shall be binding on the parties to the agreement who referred the dispute to arbitration.

(3) A settlement arrived at in the course of conciliation proceedings under this Act [or an arbitration award in a case where a notification has been issued under sub-section (3A) of section 10A] or [an award [of a Labour Court, Tribunal or National Tribunal] which has become enforceable] shall be binding on–

(a) all parties to the industrial dispute;

(b) all other parties summoned to appear in the proceedings as parties to the dispute, unless the Board, [arbitrator,] [Labour Court, Tribunal or National Tribunal], as the case may be, records the opinion that they were so summoned without proper cause;

(c) where a party referred to in clause (a) or clause (b) is an employer, his heirs, successors or assigns in respect of the establishment to which the dispute relates;

Supreme Court held that a circumstance emerging in the Sirsilk case is of remarkable nature and requires compromise between S.17 & S.18 and in such a circumstance the best way to accommodate the two clashing provisions is that the government can retain the production of the award and to permit the parties to pass by their settlement. The explanation applied by the SC was that despite the fact that Section 17 and 18 are mandatory in nature, in any case, in the case, the parties have just settled their dispute by settlement, there is no dispute left to be settled by the publication of the award. The Supreme Court directed the Govt. not to publish the honor u/s 17(1) of I.D. Act. The Court has taken liberal view based on Welfare Legislation. Claim was permitted.