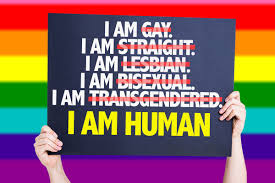 The third gender i.e. other than male or female is known as Transgender. The person who does not match that their gender expressions and their expressions don’t match with their biological sex or we can say who does not conform to their birth sex. In India, there are different kinds of transgender from times immemorial. By physical appearance and psychologically, Hijras are not men and though they are like women with no female reproductive organ and do not go through menstruation, therefore they are also not women.

An emasculated male and the inter-sex of a person whose genitals are ambiguously male-like at birth are known as Eunuch. Some biological males self-identify themselves as a woman trapped in a male’s body and called themselves as Aravanis. Others can be described as biological males who show varying degrees of femininity which may be situational and known as Kothis. Jogti Hijras is used to denote those males who are turned into females and are devotees and servants of goddess Renuka Devi.

As we see in the past, the colonial administration always considered the Hijras as a separate caste. All Hijra who were associated with any crime such as kidnapping and castrating children and dressed like women to dance in public places were included under the Criminal tribes Act, 1871.

In 1952, the Act was repealed and its legacy continues but against certain tribes, including against Hijras many local laws still reflect the prejudicial attitudes. In 2012, to provide registration and surveillance of Hijras who indulged in the kidnapping of children, unnatural offenses, and offenses of this nature, the Karnataka Police Act was amended (Section 36A), in a similar tone to the Criminal Tribes Act,1871. According to Section 36A, Karnataka Police Act, 1964, Power to manage eunuchs.

In the colonial period, the British removed the section 377 of the IPC,1861.

Transgender has been through various discrimination in schools, colleges, and the employment sector, as we have seen and observed so far. This gender calls themselves with the pronoun IT’ instead of he or she. No methods for elimination against the wrongdoing of the transgender community either the judicial or the legislative body of the country have been made. But there are some basic provisions like Article 14 where the state cannot deny to any person before the law.

All genders should be treated equally without discrimination. No discrimination based on caste, genders, race, and religion is guaranteed under Article 15 and 16 of the Indian Constitution. All types of gender-related discrimination are prohibited by these articles. Under Article 19(1)(a) of the constitution, the right to speech and expression is provided. Transgenders face difficulties in the work environment, even after having constitutional rights. They are not provided with jobs and even if they have any jobs, they are teased and mentally harassed in the workplace.

Introduction of Various Bills for The Rights of Transgenders

A bill was formed to end the discrimination faced by transgender people in India known as The Rights of Transgender Persons Bill, 2014. It was passed by the Upper house (Rajya Sabha) on 24th April 2015. It includes 10 chapters including rights and entitlement, social security, and health.

People whose personal identity and gender don’t correspond with their birth sex are called Transgenders. They found themselves trapped in a different body because they belong to a different gender. For example, a male doesn’t identify himself as a male which is his birth sex but identifies himself as a female and his not comfortable with their own body.

There are no particular definitions as to why some people are transgender some believe it is due to biological factors and others believe due to experiences in childhood or adulthood may all contribute to it. ‘Being transgender is not a mental disorder’ declared by the World Health Organization (WHO) in 2018. The difference lies in sexual orientation and gender identification, but we confuse ourselves between gays, lesbians, and transgender. People attracted to the same sex are known as Gays and lesbians. Whereas the transgenders are not sure about their identity. They are people who live as a member of a gender other than the expected based on sex or gender assigned at birth.

The scenario of accepting transgender as another gender has changed, in developing countries like India. Transgenders are getting employments, work, money, and foremost acceptance by the people but there is still a lot to change. Nonetheless, the problem of tolerance and acceptance majorly from their families faced by many transgenders. Families are concerned about “what will people say?” more than a life of a human being. That’s why families are not ready to accept them and they have to leave their homes and live in a different society. Families boycott their children because they feel the pressure of society. This unprincipled practice is not limited to rural areas but also done in urban areas. After independence and living in the 21st century, transgenders are considered taboo in India. Many companies, firms, etc are not ready to employ them because of their gender as a reason they are financially unstable, and the government levies heavy taxes on them which are difficult for them to pay.

One of the major issues due to which transgender are not able to get their status is Violence against transgenders (Transphobic violence). We hear and read in newspapers daily about the discrimination they face, how they are treated. They are human beings and have feelings too. Whereas in the society we talk about equality between men and women, we don’t talk about gender equality. In this 21st century era, everyone is equal in the eyes of laws, it is theoretically discussed now it is time to implement it practically and give them a chance to show their identity in the society because every person is unique and a creation of almighty.