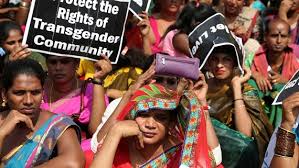 WHAT DOES IT MEAN TO BE TRANSGENDER?

Transgender is made up of two words they are “trans” and “gender”. Therefore transgender is those people whose gender identity is different from the gender they were thought to be at the birth. They are totally opposite from cisgender which basically means those people whose gender identity matches the sex that they assigned at birth. So a transgender woman lives as a woman today but was thought to be male when she was born, similarly, a transgender man lives as a man today, but thought to be female when he was born. It includes trans-men and trans-women, persons with intersex variations i.e. it cannot be determined biologically that the person is the man or a woman, gender-queers, and persons with socio-cultural identities, such as “kinnar” and “hijra”.

Assigning someone’s sex is based on biology, chromosomes, anatomy, and hormones. But a person’s gender identity the inner sense of being male, female, or both, doesn’t always match their biology.

Even though the hijras are in existence since ancient times they are still not accepted as a part of the society. The need to identify transgender as a third gender so few state governments like Tamil Nadu, Karnataka, and Gujarat have done some efforts for their welfare.

“The Hijra and Kothi Movement”, 2002 in Bangalore an initiative of Sangama, a local NGO. One of the main issues of the movement was the fact that the law failed to recognize transgender as an individual and was considered legally invisible and not given any legal status.

The transgender person bill resulted from the 2014 Supreme Court judgment in NALSA v. India, which ruled that transgender people should be legally recognized according to their gender identity, enjoy all fundamental rights, and receive special benefits in education and employment. They would be recognized on official documents under a separate “third gender” category.

The bill that was introduced was to stop the discrimination against a transgender person so that they could be treated as a normal human being like a normal male of a female as well as it focuses on denial of services or unfair treatment in the field of:

The government must take steps to provide health facilities to the transgender person including separate HIV surveillance centers, and sex reassignment surgeries i.e. when a person is born with male organs and feels that he should change his gender into female then he can do it through this surgery and vice versa.

While advocates continue working to remedy these disparities, change cannot come too soon for transgender people. Visibility – especially positive images of transgender people in the media and society – continues to make a critical difference for us; but visibility is not enough and comes with real risks to our safety, especially for those of us who are part of other marginalized communities. That is why the Human Rights Campaign is committed to continuing to support and advocate for the transgender community so that the transgender Americans who are and will become your friends, neighbors, coworkers, and family members have an equal chance to succeed and thrive.