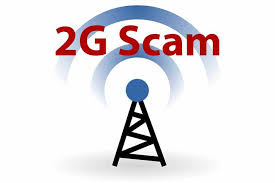 The journey of the 2G spectrum scam was started in 2007 for the allocation of the license for 2G subscriptions on cell phones.  At that point in time, A Raja was Telecom Minister. Due to the cheap rate of selling the license of 2G, a huge loss was created to the market. The Supreme Court nullified the license. In these cases, all those telecom operators are closely related to A Raja.

In 2020, Maharashtra Chief Minister Uddhav Thackeray appointed real estate developers Shahid Balwa and Vinod Goenka as two of the members of a steering committee that will facilitate ‘quick response’ for the real estate developers in the state. Shahid Balwa and Vinod Goenka were accused of 2G spectrum scams that took place in the tenure of the United Progressive Alliance (UPA) government between 2009 and 2014. A Delhi court acquitted both of them in the case in 2018[1].

Background: What is the 2G Spectrum scam?

In India for every telecom circle, there is an issued license with a desperate application by the company. This telecom license is named as a pan India license which price was rs.1658 crore on the basis of first come first serve and this is the main matter of the 2G spectrum scam. But due to the increasing number of applications by the telecom company, the government decided to do an auction on the pan India license rather than using the previous policy[2].

How and when was it uncovered?

In 2008, the Government of India issued the 2G Pan India Licence for 122 telecom Company at the low market rate which was decided in 2001. The Government of India issued the license at 1685 crore. Due to the shortage of natural resources and increased telecom companies, telecom firms want to give more price at the rate of rs 11,000 chore. At that point in time Vodafone, a telecom company bought a 67 % stake at the rate of rupees 75000, which might be at the present rate rupees 11250 crores.

In 2007, A Raja, former telecom Ministers issued the shares at the rate which was decided in 2001. Due to this, there was a huge loss in which the market value was Rs. 11,000 crore. At that time for the benefits most fake firms are created for getting the license at a lower price.

CAG made a report that 2G, or second-generation licenses for mobile networks, were given at throwaway prices. Even though Telecom minister, A Raja, denied all charges but he was arrested in 2011 on charges of forgery, cheating, and conspiracy. The primary allegation on A Raja was of allocating airwaves licenses in exchange for bribes. According to allegations put on DMK MP Kanimozhi, he had played a major role in facilitating the 217-crore bribe from Swan Telecom to Kalaingar TV, the propaganda arm of the DMK party[3].

The court held that the prosecution had “miserably failed” to prove the charges. In this case, Raja, Kanimozhi and 15 others were charged under provisions of the IPC and the Prevention of Corruption Act, 2013 is dealing with offenses of criminal conspiracy, cheating, forgery, abusing official position, criminal misconduct by public servant and taking bribe[4].

In this case, A Raja has created the problem and charged for bribes but due to the lack of evidence, A Raja was acquitted. And due to this scam hugely crowded is created.  This first come first services policy created a loss to the economic system and due to the involvement of the political party, it led to huge criminal misconduct.