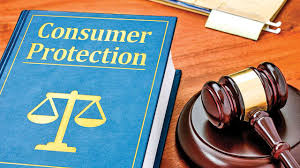 Replacing the old consumer protection act of 1986, the new act came with its guns blazing which the consumer protection bill was passed on 6th June 2019. The president of India gave its assent to the new consumer protection act, 2019 on 9th September 2019 and the same will come into force on the date it is notified by the central government. This act was enacted for the main purpose of providing effective administration and settlement of consumer disputes and its related matters.

The central government instead of bringing an amendment to the existing act of 1986, enacted a brand new act to provide enhanced protection to the consumers by taking consideration of the e-commerce platform which sells the products from online to the doorsteps directly and other modes of shopping such as teleshopping, direct selling, multi-level marketing in addition to the traditional methods of selling of goods. The new act had bought some major changes to provide more products to consumers while shopping from the above-mentioned modes of shopping. Comparing to the pr3evious act of 1986, the new act provides a comprehensive definition for the terms ‘consumer’ and ‘unfair trade practices’. The 2019 act expands the scope of definitions of a consumer so as to include the consumers which are involved in the online transactions as well which widely covers the e-commerce platforms. Also, this new act widened the definitions of ‘unfair trade practices’ which includes misleading advertisements. In accordance with the new law, the practice of not providing a bill/memo for the goods purchased, failing to take back the defective goods, or refunding the amount within the stipulated time mentioned in the bill/memo within 30 days also included in this law.

Keeping this in mind, the new set of challenges and difficulties faced by the consumers in the digital age, the Indian parliament passed a landmark consumer protection bill on 6th august of 2019.  This law was officially published in the gazette on 9th august of 2019 which seeks to replace three-decade-old law.

ADVERTISEMENTS: “advertisement” means any audio or visual publicity, representation, endorsement or pronouncement made by means of light, sound, smoke, gas, print, electronic media, internet or website and includes any notice, circular, label, wrapper, invoice or such other documents

CONSUMER:  “consumer” means any person who—

And other such definitions for the words such as manufacturer, deficiency, defect, unfair trade practice can be followed by the first few pages of this provided document by this link: http://egazette.nic.in/WriteReadData/2019/210422.pdf

This new act explicitly mentions the e-commerce platform which primarily aims to provide justice for the consumers exploited in the e-commerce platform such as using the misleading advertisements, selling the faux/duplicate goods in the name of hefty discounts, selling the clone products which looks like the same branded object and carries the original name of the brandings. This also includes consumers who buy goods from online sites. The earlier act did not specify e-commerce transactions.

This new act provides the flexibility to the consumer to file their complaints with jurisdictional consumer forums situated in nearby place of his residence which replace the old act saying to file a case in the forum which is nearer to the seller as it has registered address of the seller. This new act enables the provision for the consumers to file their complaints electronically over the internet via email and to appear the hearing and examining the parties through video-conferencing. This is aimed to provide procedural ease and reduce inconvenience and harassment for the consumers from the seller side.

This new act proposes the establishment of the central consumer protection authority known as the central consumer protection Authority (CCPA) with wider powers of enforcement. It has an investigation wing which conducts an investigation into consumer law violations. CCPA has been granted powers to recall products, reimbursement of the price of goods/services, cancel the license of the sellers as well as the manufacturer, and file a suit against them. If a consumer complaint affects more than one individual.

A specific broad definition of unfair trade practice including the sharing of personal information like contact and address given by the consumer in confidence has been introduced in this law. A suit can be filed against the organizations if they leak this information to the third-party organization for a profit.

CCPA has the right to impose the penalty of up to ten lakh rupees (Rs. 10 lakh) to the manufacturer for a false or misleading advertisement. This CCPA may also sentence them to imprisonment for up to 2 years for the same. In the case of the subsequent offense committed by the manufacturer, the penalty is about 50 lakh rupees (Rs. 50 lakh) and up to five years of imprisonment. CCPA can also prohibit the endorser of a misleading advertisement from advertising that particular product for a period of one year. For every offense, the period of prohibition may extend up to three years. If the celebrities promote a product via misleading advertisement, necessary actions are also taken against them. In recent years; consumers have fallen prey to unfair trade practices under the influence of celebrities acting as brand ambassadors.

The new act also provides mediation as an Alternate Dispute Resolution mechanism, making the process of resolving a dispute quicker. This will help in speeding the resolution of disputes and reduce pressure on the consumer courts.

Consumer redressal commissions or consumer courts are present at the district, state, and national levels to solve the consumer disputes. This act allows a person to file a complaint with the court from anywhere via the internet. This comes as a big relief as earlier the consumers needed to file a complaint physically at the area where the seller is located. In the case of e-commerce, the seller can be located anywhere throughout India. The main objective for e-commerce organizations is to list out the product on their website, take the orders from the consumer and deliver the product from the seller to the consumer for a profit. These consumer courts are very important in redressing the disputes of the consumers. This act had increased the pecuniary jurisdiction which means the ability of the courts to take up cases based on the value of the goods.

With this initiative, It is unclear how the authorities will practically function since existing district collectors have been tasked to undertake some functions to investigate. There is also an overlap between the investigation wing and search, seizure functions of District collectors which are likely to lead to a conflict of interest. Additionally, the authority has the right to recall the goods and reimburse the price paid for the goods and also penalize for the misleading advertisements which seem that this wing is overpowered. Such orders can only be preferred by the consumer courts at the national level.

At this point, it is also unclear on whether the matters already pending before the Consumer courts will continue or they are likely to get transferred on account changes in pecuniary jurisdiction by the new law. This ambiguity will further add to delays.

This new act is all set to become a law, Consumers were asked to beware in those old days but in the modern world, consumers are the king. It is as important for a consumer-driven business like e-commerce to bring a lot of changes in the legal landscape and have robust policies dealing with the consumer redressal in place. Consumers are the one who decides the rise and fall of business organizations in the business environment. The happier the organizations keep their consumers, the more strongly they grow. This law ensures the maximum safety of the consumers in every possible way!