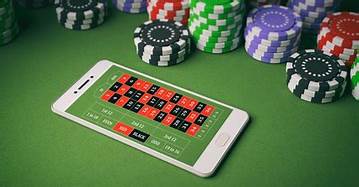 Most of us know how Chausar’s game ended for Yudhisthira, the Pandava prince. What we don’t know is what kind of game Chausar in modern India will amount to. This was a dice game, but was it either a strategy game or a skill Game? Is the game Legal in India that includes betting or gambling? Throw the Internet into the mix, is it legal for online gaming, betting, or lottery in India?

In India, gambling has been around since time immemorial. With technical advancement and internet and telecom growth, online gaming in India has become an increasingly popular entertainment mode in an up-and-coming market. Online games and lotteries are new entrants to the otherwise offline gambling, betting, and wagering industry in Indian-strictly regulated physical gaming houses.

The Public Gambling Act, 1867, is a crucial piece of legislation that bans all chance games except lotteries and skill games. Entry 34 in List II of the Seventh Schedule of the Indian Constitution gives States the power to make their betting laws and gambling laws and policies within their territory. Such authority includes the capability to legislate on lotteries other than State Lotteries. Also, the central government is permitted to legislate on lotteries operated by the Indian government or by a government of the state. Currently, various types of gambling and betting are legal in Goa, Daman, and Sikkim, including setting up casinos.

Most lottery and gambling legislation was enforced at a time when the electronic media was almost non-existent, And internet gaming was not envisaged. There is a lacuna that leaves room for vague definitions and thus poses both incentives and legal threats for online gaming and lottery companies.

Two recent Supreme Court judgments-the Mahalakshmi Lottery Case and Kerala Case were expected to provide clarity on the issue of online gaming and lottery legality. In the case of Dr. K.R. Lakshmanan vs. State Of Tamil Nadu (Lakshmanan Case), Gambling was held by the Supreme Court as wagering or betting on games of chance, excluding skill games such as horse betting.

In the State of Andhra Pradesh vs. Satyanarayana (Supreme Court judgment on rummy), the rummy game was held by the Supreme Court as a skill game on the ground that, unlike ‘three cards’ games of ‘flush,’ ‘brag,’ etc., which are games of pure chance, rummy primarily requires the preponderance of skill because card failure needs to be memorized and significant skill is needed in keeping.
In all games involving shuffling and dealing out of cards, there is an element of chance as the cards are not distributed according to any fixed pattern, but instead on how the cards find their position in the shuffled box.

A game may either be a chance game, talent game, or involve both. The Supreme Court, in Lakshmanan case, referring to the Bombay v. R. State case. M. D. Chamarbaugwala and Satyanarayana case noted that competitions, where success depends on the substantial degree of skill, are not ‘gambling,’ and regardless of any element of chance, a game would be a ‘mere skill’ game if it is primarily a skill game.

Although the element of chance cannot be ruled out, success is a skill game depends primarily on the player’s superior expertise, preparation, attention, experience, and adroitness, and ‘thus the term ‘merely ability’ would mean the significant degree or preponderance of skill.
Consequently, the question in India is rummy legal, has it replied in negative.

Sikkim is the only state to have an online gaming rule, the Sikkim Online Gaming (Regulation) Act, 2008, under which licenses for online gambling in India can be obtained. Roulette, Pontoon, Blackjack, Punto Blanco, Bingo, Casino Brag, Poker, Baccarat, Chemin-de-for, Backgammon, Keno, and Super Pan 9. The state of Sikkim amended this law and limited online gaming practices across the internet to physical gaming parlours in Sikkim.
Police raided the premises of a Rummy Club, Mahalakshmi Cultural Association, on the ground that it was playing rummy for stakes there. The Madras High Court held that Rummy played for stakes would constitute gambling, and the Supreme Court appealed to the Mahalakshmi Cultural Association against this order.

Some online Rummy firms intervened to get imploded in the matter as banks refused to process their loans, and judgment on the legality of offline rummy club games could have a detrimental effect on them. Nevertheless, the case was dismissed as the trial court acquitted the club on the grounds that the proceedings had been launched on the premises for other gambling activities and not for rummy.

When asked by the Supreme Court whether internet rummy was a skill game, the Central Government stated that it had not formed an opinion on that point. The Supreme Court, therefore, declined to rule on the applicability of Indian gambling laws with regard to the online rummy club. Consequently, the current situation is the same as before the decision, i.e., skill games with or without stakes will not be protected by online gambling legislation, and there is still no definitive response to the issue of online Rummy ‘s status vis-à – vis state gambling legislation.

READ  International Environmental Law and Its Applicability in India

In the 2013 case of the Indian Poker Association v. Karnataka State, the Bangalore High Court ruled, “When played as a skill game, the license is not considered with respect to the poker game.” The judgment neither subjects Poker to the skill test nor delves into the question of the lawfulness for stakes or profit of Poker law.

Nevertheless, in the case of Gaussian Network Pvt, the judgment is a step in the direction of acceptance of Poker laws and Poker as a skill game and is also expected to affect the decision. Ltd. Vs. Monica Lakhanpal and Anr, pending before the Delhi High Court, on the issue, inter alia, of whether there is any restriction on playing skill games with stakes on the profit-making websites. This latter case, the judgment, although binding only on the parties concerned, is eagerly awaited for the reasoning and arguments which would shape the decision

Ironically, lotteries that are whole games of chance are licensed in many jurisdictions, albeit tightly controlled and regarded as a catastrophic ‘evil’ by law and courts. In terms of the Lotteries (Regulation) Act, 1998, which is Indian lottery law, states can organize, administer, or encourage lotteries subject to specified conditions.

In the Kerala case, the Supreme Court held that it was constitutionally permissible to differentiate between online lotteries and paper lotteries as two distinct groups of lotteries in terms of the Lotteries (Regulation) Act and that a state government may ban online lotteries irrespective of the fact that it may be carrying out paper lottery schemes. The Supreme Court observed that as long as a state does not perform a specific lottery class itself, the class of lotteries conducted by other countries may be prohibited within its territory.

While there is no specific legislation regarding online gaming, there are other laws that affect the gambling industry, such as cyber laws, tax laws, anti-money laundering laws, regulations on exchange controls, etc. For example, an intermediary is obliged to observe ‘due diligence’ when discharging duties in terms of the Information Technology Act, 2000, and the rules framed thereunder.

According to Circular No. 15 of 2015 issued by the Central Board of Direct Taxes, e-wallets or virtual card accounts maintained with offshore online gaming/poker websites that are similar to bank accounts with cash movement inward and outward, such accounts must be valued and declared, as in the case of a bank account. FDI in lotteries and gaming is barred under India’s current Foreign Direct Investment (FDI) scheme.

Online gaming remains a gray field. The gambling world in India is undergoing fascinating variations. Wagering on horse racing, for example, is legal because it is a skill game but wagering on the cricket game is not and lottery, which is pure gambling, is regulated but legal while online Texas Hold’em Poker, which others claim is a skill game, may or may not be permitted in each state.
Despite this, Indians play in large numbers, and the online gaming industry is only rising. Extant laws do not keep up with this change enough. The online gaming market is becoming more and more regulated worldwide. Setting up a regulatory system and offering much-needed statutory clarification about online gaming would not only help curb crime but also generate new tax revenue streams.