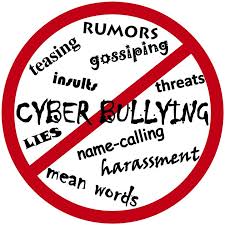 In Layman’s words, Cyber-Bullying means harassing or threatening a person through electronic means.

Today, our society is more prone to Cyber-Bullying than ever due to the increasing number of Internet users. Internet is now accessible to all classes of people. The Internet has the power to create a star as well as destroy a person’s life. Often, people are mentally tortured and threatened online. Like so many other countries, Cyber-Bullying is a serious problem which India is facing, therefore naturally, the question arises “Should India make Laws to criminalize Cyber-Bullying?”

Ways in which different countries deal with Cyber-Bullying.

Different countries have adopted unique ways to deal with the problem of Cyber-Bullying. Let’s have a look at them.

This country has the highest number of Internet users; therefore, it is natural it is prone to crimes like Cyber-Bullying. China has a “Human Flesh Search Engine”. Through this system, Internet-users come together to attack persons who are guilty of some mischief. That particular person has to suffer from heavy trolls and criticism because of this. There have been cases in which this Engine leaks personal information of the person found guilty online to bring shame to him or her. Unfortunately, Beijing is yet to take serious steps against Cyber-crime though it claims that it has taken commendable step against Cyber-Bullying.

However, recently the country passed a law which requires people to register their real names online.

South Africa has formulated and implemented laws against Cyber-Bullying. It allows children of under 18 years to reach out to the Police and complain against Cyber-crime, with the knowledge of their parents. This is a commendable step as studies have found that children between the age group of 15 to 18 years are more prone to Cyber-Bullying than people of any other age groups because they are often immature and their mind lacks stability.

Investigation has proved that like so many other countries, Cyber-Crime is prevalent in Russia also. There has been instances in which people has been threatened of murder online. Russia do not have any particular Law against Cyber-Crime but one can go and complain to the Police regarding such threats.

Singapore has strict anti-Bullying laws. In 2014, the Parliament of Singapore passed a law criminalizing Cyber-Bullying.

Canada’s definition of Bullying is quite “extensive”. It does not have specific laws against Cyber-Bullying however, more or less it covers almost all actions that can be taken by a bully under other laws.[1]

USA tackles bullying by national laws as well local laws. Most of the offences under Bullying are covered by the country’s Harassment Laws.[2]

This country though has laws against sexual harassment at work places, Brazil does not have any law which criminalizes Cyber-Bullying.

This country lacks laws against Cyber-crime but again it considers sexual harassment at workplaces a crime.

Current Status of Cyber-Bullying in India

There are no specific laws against Cyber-Bullying in India. However, Section 67 of the Information Technology Act deals with this particular crime. This section provides provisions of punishment for people involved in circulating “obscene images, sound clips or video clips” through electronic means. [1]

Apart from this, there are two other Acts that address the problem of Cyber-Bullying in India. They are as follows: – 1. Section 507 of IPC- In Layman’s words, this Act specifies that if a person threats another anonymously, then they can be imprisoned for a time period of two years. 2. Section 66 E of IT Act- Section 66 E of IT Act specifies punishment for “privacy-violation”. It specifies that if any person breaches the privacy of others by circulating private pictures or for that matter any other media, then he or she can be punished for a term of three years.[2]

To tacking Bullying in schools and Colleges, the Government and the University Grants Commission has set up various Committees to look into the matter. [3]

The problem is teenagers often gets involved in Cyber-Bullying. They are often ignorant of the damages they are doing to the society by Cyber-Bullying and also the seriousness of it. Decriminalizing Cyber-Bullying will mean subjecting youths to rigorous punishment and not providing them with a second chance. This will probably depress them and push them towards committing suicide and chances are that they will grow up to be notorious criminals, as one knows mind of teenagers are unstable. This is probably not the best idea.

Criminalization of Cyber-Bullying would not solve the problem as it fails to strike the root of the problem.

The steps that India has taken against Cyber-Bullying is commendable. However, it is not enough and it still needs to go a long way. The country should make sure that almost all the crimes a bully is likely to commit including harassment and threatening are covered under other laws.

Often, we have seen school-going kids getting involved in the crime of Cyber-Bullying. We have to find out what pushed them towards committing Cyber-Bullying. The problem might originate if a child’s psyche becomes deformed because of having abusive parents at home or due to the pressure he or she has to go through because of increasing pressure of academics and other achievements. Therein, rather than criminalizing Cyber-Bullying, we have to find the root cause and address it accordingly. Similarly, students of schools and Colleges should be taught how to deal with Bullying which includes teaching them not to reciprocate, to complain to authorities if any student encounters bullying in any form, keeping social media accounts safe and also to save the evidence for reference later on.