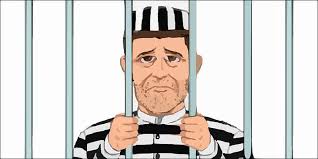 Crime isn’t outlined anywhere in Indian Penal Code, so it can be defined as an act or omission in respect of which legal punishment is inflicted on the person who is the defaulter either by acting or omitting to act. The main focus here is upon act or omission, which means that particular act or omission of an act that is prohibited and punishable by the federal statutes. In every state the Criminal Justice system is expected to provide the maximum sense of security to the people at large by tackling crimes and criminals effectively, quickly and legally.

The criminal justice system of any state is that set of agencies and processes which is establish by the government for the administration of criminal justice aimed at controlling crime and imposing penalization on the one that violate the law. The union of India is a federal state, each state has its own power and functioning under the constitution of India- the police, the prisons are the state subjects. However the federal laws are followed by the police, judiciary and correctional institutes which form the basic organs of the criminal justice system.

The system followed in India for dispensation of criminal justice is the adversarial system of common law inherited from the British Colonial Rulers.

See also  The menace and spectre of fake cases by women.

The police investigate, whereas the judge’s role is like an umpire who is very neutral and is the fact finder, not only this the role of judge is also to impose the sentence. The execution of the sentence is bestowed on the correctional institutes.

Article 246 of the constitution of the India places the police, courts, prison, reformatories, and public order. Police is being a front line of the criminal judiciary system, which played a vital role in administration of the justice.

The main objectives of the criminal justice system are as follows:

As we can figure out that “Justice delayed is justice denied”. The irony of fate is that in all such cases, it is the poor and also the week who are the victims of the criminal justice system, and not the rich who are able to get away. In the landmark case of Hussainara Khatoon v. State of Bihar in 1979, whereby Supreme Court of India disclosed that thousands of under trial prisoners were languishing in numerous jails within the State of Bihar for periods more than the maximum term for which they could have been sentenced, if convicted. Whereas granting a character of freedom for under trials who had virtually spent their period of sentences, the court said their detention was clearly illegal and was in violation of their basic fundamental rights secured under Art.21 of the Constitution of India. The court further said that speedy trial is a constitutional mandate and also the State can’t avoid its constitutional mandate and its obligation by pleading monetary or administrative inability.

Bail is a generic term used to mean judicial release from custodia legis. The right to bail- the right to be released from jail in a criminal case, after furnishing adequate security and bond- has been recognized in each and every civilized society as a fundamental aspect of human rights.

The sentence of imprisonment in India is not punitive rather it is for using the period of incarceration for the reformation and rehabilitation of the prisoner. This is often achieved through therapeutic treatment of education, labor, vocational training and yoga and meditation, so that the prisoner is reformed internally not to choose the path of crime once he goes out of he prison.

The Indian Criminal justice system although of common law origin but in its structure and functioning both it has now it has been evolved into a hybridized system. Numerous solutions have been proposed to cut down the problem of delays, this extends from increasing the strength of judges, reducing judicial vacancies, diverting cases from the courts to mediation, Lok Adalats and specialized tribunals. In the criminal justice sphere, the admission of “fast-track” courts, jail-adalats (“prison courts”), and plea-bargaining were introduced, but their success is yet to be demonstrated. However, delays in the legal system are caused not solely because of a shortage of judges, however additionally due to shortage of police officers who need to investigate cases and then come to court on a regular basis, prosecutors who are over-worked, inadequate judicial infrastructure with overcrowded court rooms or inadequate support staff such as stenographers. The functioning of criminal justice system is the true reflection of peace and order that the member of the state are enjoying.